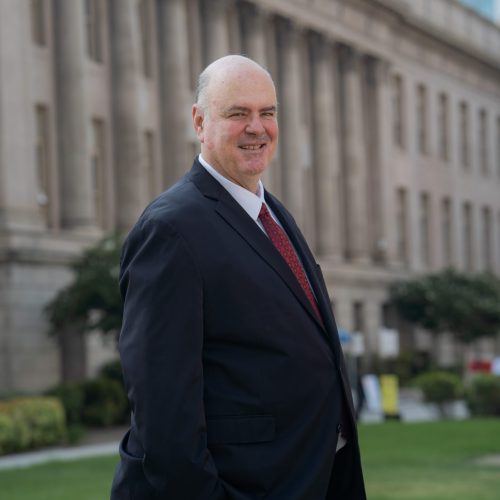 Mr. Dearth has been practicing law for 35 years.

Mr. Dearth was admitted to practice law in California in 1996. Mr. Dearth’s practice has consisted mainly of representing injured workers. Mr. Dearth has tried over 120 cases in the area of workers’ compensation.

In the past, Mr. Dearth has represented insurance companies. He has been General Counsel for a Property-Casualty Insurer. Mr. Dearth uses his knowledge of the inner workings of the insurance industry to better prepare his cases for settlement or trial. He feels this knowledge allows him to obtain larger settlements and Awards for his clients.

Mr. Dearth was admitted to practice law in Oklahoma in 1983. His practice focused on oil and gas law. He represented oil companies in Administrative Law hearings before the Oil and Gas Division of the Corporation Commission, State of Oklahoma.

Mr. Dearth is admitted to practice before the United States Eastern District of Oklahoma.